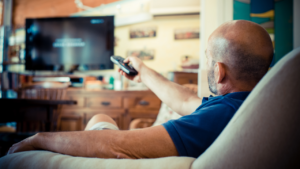 Three Russian websites have been put on a list identifying online websites that engage or facilitate copyright piracy and trademark counterfeiting, the US Trade Representative (USTR) stated in a report released on Thursday.

Area of origin could add value to EU exports

Farmers, food processors, and manufacturers who want to make the most of tariff-free access to Europe should use origin-based intellectual property rights (IPR) to increase their competitiveness against other Southeast Asian countries exporting similar goods to Europe, officials of European Union (EU) to the Philippines and the Philippine Chamber of Commerce and Industry (PCCI) said on Wednesday.

It’s an acronym that might be thought to only excite lawyers, but the importance of IP (intellectual property) to the economy cannot be understated. If we want a business environment that promotes trade and investment, it’s crucial that we’re seen as a global leader in this area.

A French court has ruled that a French photographer of furniture for auction house catalogs has a claim for damages against artnet (parent company of artnet News) for violation of copyright with regard to photographs of furniture, owned by third parties, sold at auction and reproduced along with sales results in the artnet price database, the world’s most popular and comprehensive database for art, decorative objects and antique sales.

Intellectual property rights are one of the driving forces of innovation and creativity and are a key contributor to competitiveness and employment in the European Union. Both online and offline should be considered in policy actions against intellectual property rights infringement, but it is clear that online issues are of greatest concern to the majority of citizens. 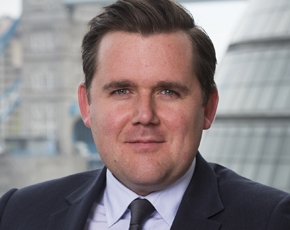 Patent trolls must not be allowed to encroach on Europe

Regarded by some as patent pirates, so-called patent trolls may soon come under attack in the US as part of government-backed efforts against abusive intellectual property (IP) litigation. As a general rule, we can say that patent trolls make their living from pursuing legal action against organisations that use patented technology. They do this by asserting, or threatening to assert, patent rights, which may or may not exist, in court against industry players.

Kazakhstan Is The New Black

The entire investment community overlooks countries like Kazakhstan in favor of countries that they know more about, such as Europe (debt ridden), China (overhyped), and Japan (one foot in the grave). But if you look at where capital is going, you will see that this country is where a not insignificant amount of capital is now flowing. A word of caution to all of you out there who think I’m giving out free investment advice. I’m not. Investing in Kazakhstan is not for the weak-hearted – so be sure to do your own research.

Russia’s Budget Deficit More Than Doubles in a Month

Russia’s budget deficit more than doubled in February, the finance ministry said, amid a drop in oil prices and Western sanctions that are sending its economy toward recession.

The memorandum on Economic and Financial Policies agreed by the Ukrainian government with the International Monetary Fund (IMF) envisages depriving the agricultural sector in Ukraine of the beneficial VAT taxation regime.

Ireland is facing a fresh threat to its 12.5pc corporate tax rate, as MEPs begin investigating low rates across Europe. A 45-member EU Parliament Tax Inquiry Committee, formed in the wake of the Lux Leaks scandal, has been tasked with investigating various tax arrangements in countries across Europe.

France has lost its tax war against British second home owners after the European Union’s top court deemed it „illegal” to force them to pay social charges on gains from renting or selling their properties.

The reformed legislation would cap fees for credit cards at 0.3% of the transaction and debit cards at 0.2%, and will also give merchants the opportunity to accept only consumer cards if they choose. The European Commission reports a potential savings of €6 billion (euros) or $8.43 billion in U.S. dollars for retailers in hidden fees, as well as a €730 million savings for consumers.

New tax rules which come into force next month in the UK could leave some home owners with a bill of £7,000 if their property is partly or wholly owned by a company or partnership.