The Rise of Russia and China’s Authoritarian Tendencies

Authoritarian tendencies around the world such as disruption, military threats, disinformation, and coercion have all been on the rise within recent years. Today there are various countries around the world that continue to live under an authoritarian rule such as North Korea, Syria, and Venezuela among others. However, it is countries such as Russia and China whose autocratic actions can mainly exacerbate international tensions and ultimately create a global impact. Russia’s recent military build-up around Ukraine and China’s continuous gripping economic control has resulted in a world where the West is split on how to move forward. Putin, although dangerous, is rational and has likely already calculated the risks and sanctions his country will face if Russia does move forward with invading Ukraine. China, aware of its economic influence, is building its hold over the global economy. Therefore, instead of cooperating with the West, Russia, and China have continued to persist in their ways because they know they will survive. As the West does little to counteract these measures, the world slowly becomes an overall safer place for authoritarianism.

Once the Soviet Union was dissoluted on December 26, 1991, and China became a member of the World Trade Organization on December 11, 2001, the West was ecstatic. For a while, Fukuyama’s dream of a peaceful world composed of liberal democracies was believed to become a reality. However, time has revealed that this is not the case. Instead, China clung to its communist roots and became the most powerful economy over the course of the next twenty years. Similarly, Russia’s half-hearted intentions to adopt a liberal democracy all ended once Putin was elected in 2000 and instead the country became a militaristic autocracy with no desire to adopt western values. For both countries today, their first, main strategic goal is to ensure the future of their regimes.[1] They also hope to push an agenda that highlights the weaknesses of democracies and of the West, especially of America. This explains why since the start of the 21st century, authoritarian tendencies from these two countries have only increased and are becoming more intense.

As Putin’s popularity is decreasing, he must rely more on repression to stay in power. Authoritarian methods such as corruption, electoral fraud, control of national TV networks, suppression of internet freedom, propaganda, and blacklisting journalists are some of the ways in which Putin has been able to control the narrative.[2] However, the most serious authoritarian challenge Russia, or China, can pose is a military threat. The objective of the current Russian military presence around Ukraine is to intimidate the former Soviet country from ever becoming a member of NATO and to coerce the West against considering Ukraine’s membership for the future. This is Putin’s attempt to control the balance of power on the world stage.

Before Russia can decide if it will make its advance, it must first test the response of NATO and America. It is a good time for Putin to build up troops along the border of Ukraine for three main reasons. First, he is aware of the present divisions in the NATO alliance and sees that NATO is slowly becoming less of a united alliance. The Germans and the French are willing to make substantial concessions to Russia at the expense of Ukraine or other countries of Central-Eastern Europe. It can be argued that only the Americans have become the guarantors of security. However, American world leadership has become weak and questionable. Lastly, there has overall been an inadequate response from Western countries so far to Russia’s continued military presence. More could have been done early on so that the world would not be in its current position. For example, if Europe and the US were more prominent about coming to the aid of Ukraine, perhaps Russia would be more hesitant to start the military buildup.

Putin has likely already calculated how he will respond to the sanctions and the consequences of moving forward with his invasion. This is largely the result of the West enabling dictators to feel safe. More sanctions against Russia will likely not have an impact because Putin can continue to trade within the systematic coalition of other autocratic leaders such as China and Iran. For authoritarianism to survive, it is critical to have a network of other corrupt leaders who can support one another. Little has been done to stop kleptocrats and oligarchs who use western powers and banks to store and hide the money for these corrupt connections.[3]

Sanctions targeting Russia’s energy sector would have the most impact on Russia’s economy, however, various countries in Europe are dependent on Russian gas. Furthermore, now with Nord Stream 2 underway, Russia will have another method available for cutting off the European gas supply. Some experts argue that granting Russia the Nord Stream 2 pipeline in the first place was a way of rewarding Russia’s behavior and enabled them to pursue the current Ukrainian invasion attempt.[4] They believe that if liberal democracies are to remain strong, the world cannot further empower authoritarian powers like this. The most important thing the West can do now is affirm that there will be consequences and not give into Russia’s intimidation.

Twenty years ago, Americans, British, and French could pressure countries in Africa and Asia to adopt western values and punish dictatorships for human rights violations. Today all governments around the world can ask Chinese bankers for money and are concerned with their business deals. China realized it did not need to rely on the West anymore after western democracies gave China all their technologies for free in exchange for the profitability and promise of more lucrative deals. As a result, China is aware of the economic control they have on various countries and companies. For this reason, the Chinese are not concerned about human rights violations or western values. There are little to no consequences for their behavior.  Allowing China to host the 2022 Beijing Olympics while there are around 2 million Uighur Muslims in concentration camps is a prime example of this.[5] The truth is that countries around the world are too reliant on Chinese investment to criticize their behavior. Through buying Western companies, China ultimately has influenced the politics of the West and of our allies.

The pandemic became a prime time for China to showcase how they believe their authoritarian model is more effective. They showed the weakness of democratic countries whose free world leaders competed among one another for medical supplies from China. The inability of the West to fight the pandemic was portrayed in Chinese and Russian media as the failure of democratic governments not capable of protecting their citizens. Although China was likely not publishing reliable data, it still argued that their health regulations protected their citizens and the high number of COVID cases in the West proved the democratic model to not be safe.

During this time, disinformation about the origin of the virus and the potential dangers of the vaccine flooded social media. The Chinese even went as far as creating a fake story claiming that the US Army started the outbreak. The Kremlin ran with a similar story and said that the “US developed the virus and weaponized it to target China.” [6] With this influx of disinformation, citizens were left questioning whom to trust. Since social media has taken over, distrust in government has become a global problem. Citizens of “the free world” have also become more skeptical about the democratic process in their counties, the validity of the election process, and censorship (Twitter, Google, and Facebook). We can see how these authoritarian tendencies are already spreading into free countries due to the effectiveness of the Chinese economy and Russian aggressive politics.

The more the world sees liberal democracies and the West in a negative light, the easier it will be for these autocrats to keep their power, for Russia and China to assure their actions are justified, and for authoritarian regimes to be seen as a more attractive option than liberal democracies. It will be the mission of the West to show that liberal democracies are stronger and better than this systematic group of autocracies. Leaders of the West can start today by restrengthening their alliances and reinforcing the military protection of Ukraine. The West must also make sure that they do not continue to be sources for autocratic regimes to thrive and should establish stricter regulations to control kleptocrats and disinformation.[7] The goal is to send a message that democracy is a superior system that provides hope and opportunity. The responses from Western leaders over the next twenty years will decide the future of democracy in Europe and worldwide. 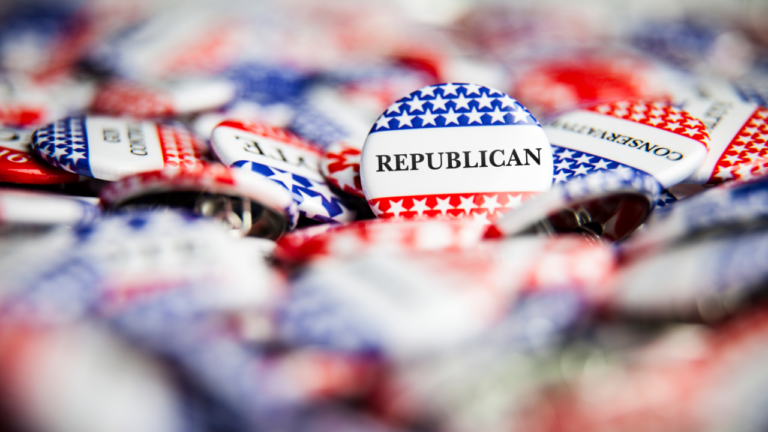 Mid-term elections are officially less than a month away in America. The results will determine how much of Biden’s remaining agenda can move forward. On 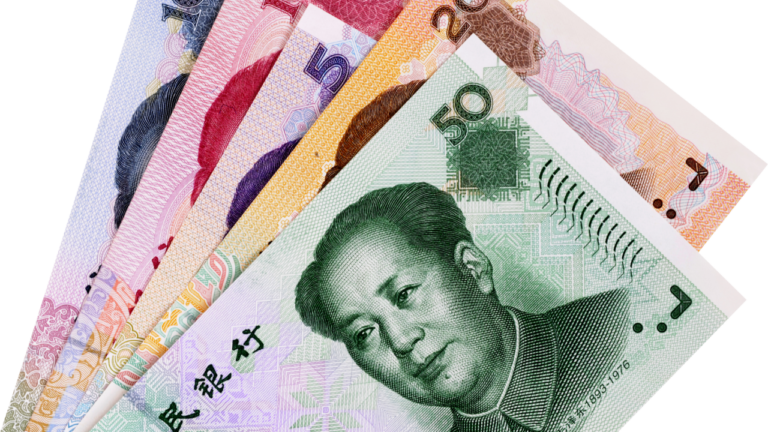 Goodbye to the Almighty Dollar?

The BRICS nations are currently working to develop a new international reserve currency, China and Russia have challenged the petrodollar, countries are diversifying their foreign 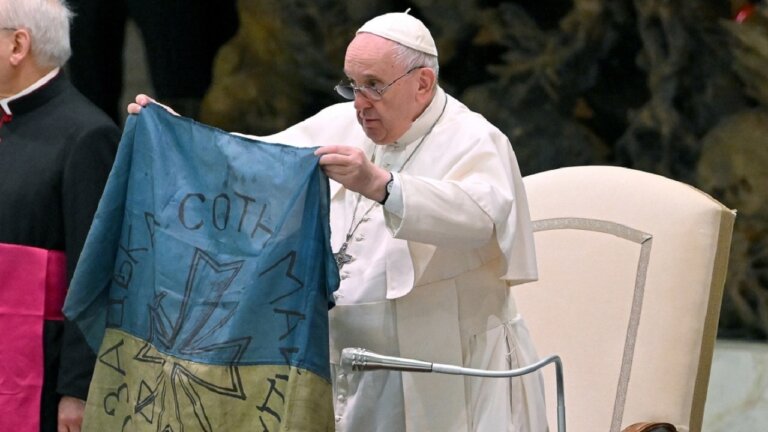 Pope John Paul II did not want to give Ukraine over to Moscow, he wanted it to become part of Europe. What does Pope Francis